It is not enough to just change policies to improve the lives of Oakland’s most vulnerable community members. We must also work to build a culture of peace in the face of violence and structural inequality.

Members of Peace in Action and DetermiNation design and implement projects each year to improve the way that community members relate to one another and to change the cultural norms that govern our communities – including the impact of trauma on our communities.

“Determined To” was developed by the 2014 DetermiNation cohort to shift the negative stereotypes of young black men. This campaign included a poster series, biographical documentary shorts, and full size ads at popular bus stops throughout Oakland. To learn more, visit: “www.determinationmedia.org”.

“Stop the Killing, Start the Healing” was a messaging campaign created by the 2011-2012 Peace in Action cohort to highlight the impact of gun violence on the young people of Oakland. This poster series depicted UPM youth members holding portraits of loved ones lost to gun violence. The campaign caught the attention of Oakland city staff, who then spread the message of healing throughout Oakland via billboards. To learn more visit: http://bit.ly/1ZORsYP.

UPM youth members worked as part of the Revive Oakland Coalition’s Campaign for Quality Jobs with the redevelopment of the former Oakland Army Base (the coalition is led by EBASE and UPM was a member of the coalition’s Steering Committee).

As background, in summer 2012, our coalition won a landmark Community Jobs Agreement that governs the City of Oakland’s half of the redevelopment project. The Agreement includes local hire, living wage, protections against discrimination for formerly incarcerated job applicants, and the creation of a community based job center.  UPM’s youth testified numerous times before City Council about the need for quality jobs and they organized a youth rally called “Swag’n For Justice,” attended by over 300 young people.  UPM’s Executive Director served as Chief Spokesperson in negotiations with the City and the developers.

UPM’s participation in the Revive Oakland Coalition allowed youth to assert their voices into the development project. This is especially important because development often happens in a way that fails to consider the impact on young people.

With any new development in Oakland, it is important to pay attention to employment, housing, and environmental issues and how young adults are implicated.  We believe that quality jobs equal more opportunities and less violence.

In the fall of 2014, UPM youth members joined the Lift Up Oakland Coalition to help pass Measure FF and raise Oakland’s minimum wage from $9 an hour to $12.25. Measure FF passed with a resounding 81.7% of the vote demonstrating overwhelming support for a fair wage that better reflects the rising cost of living in Oakland. UPM members helped gather signatures, knocked on doors, and hosted their own public awareness rally in the heart of the busy Fruitvale district.

Measure FF gave 48,000 workers a raise and provided paid sick days for an estimated 56,700 workers. While Oakland is becoming a much more attractive destination for tourists and the bourgeoning tech industry, the unequal income gap between newcomers and long time residents is growing. When jobs fail to provide a livable wage, the underground street economy ends up being the only choice to survive. This creates a situation where our city’s most vulnerable residents are exposed to higher rates of violence. Raising the wage for low-income families and increasing economic opportunity is a step toward a more peaceful Oakland community. 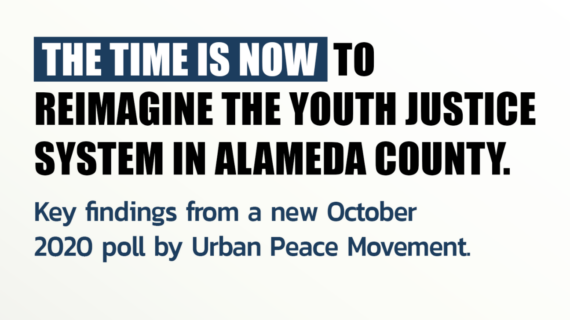