In 2006, Urban Peace Movement’s founders Nicole Lee and Xiomara Castro partnered with the United Roots Center and the SF-based United Playaz Organization to launch Silence The Violence Day in response to a stark trend of homicides in Oakland and the Bay Area, the majority of which involved young men of color. What started as a call for three simultaneous peace vigils in Oakland grew within three weeks time to a day-of-action with 21 vigils in 5 cities and over 1000 people participating. Silence The Violence Day garnered the support of the powerhouse radio station 106 KMEL and three city governments passed resolutions in support of our effort. This resounding call for peace became an annual day-of-action that took place every year between 2006 – 2012, and it was the cornerstone that laid the foundation for Urban Peace Movement’s work. In a short period of time Silence The Violence became a great success, utilizing a broad range of violence prevention strategies – from policy engagement to organizing successful events with directly impacted community members.

Examples of Silence The Violence Day events that took place in various locations were:

Turf Unity was annual collaboration between Urban Peace Movement and the United Roots Center that utilized hip hop music as a way to unite young people from Oakland neighborhoods with historic rivalries. The project, which ran annually from 2007 – 2011 included:

In 2015, UPM coordinated a pilot project called Healing the Healers under the East Oakland Building Healthy Communities Initiative. Healing the Healers was created to provide healing circles for youth workers who are often the first line of support for young people in crisis.

Participants in Healing the Healers have the opportunity to learn more about the nature of trauma, to get perspective from their peers on issues that are emerging in the work, and to receive some support for their own personal self-care and sustainability.

The circles are led by experienced facilitators who combine clinical expertise with traditional cultural healing practices to establish a dedicated space for healing.

You can download a copy of the Healing the Healers report here.

Here is what one participant had to say about the need for Healing the Healers:

“It’s hard to be able to teach someone how to heal if you haven’t learned how to heal yourself. Now I can help others through something I have gone through; every time we tell our stories we heal.” 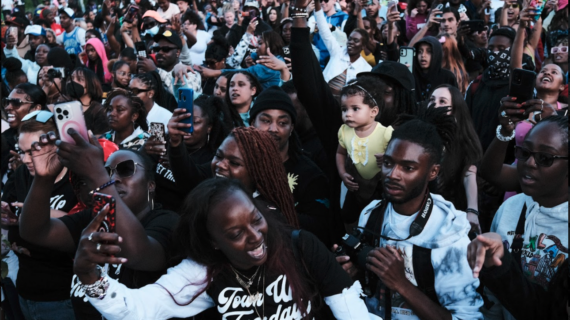