A Tribute to Dr. Prince White 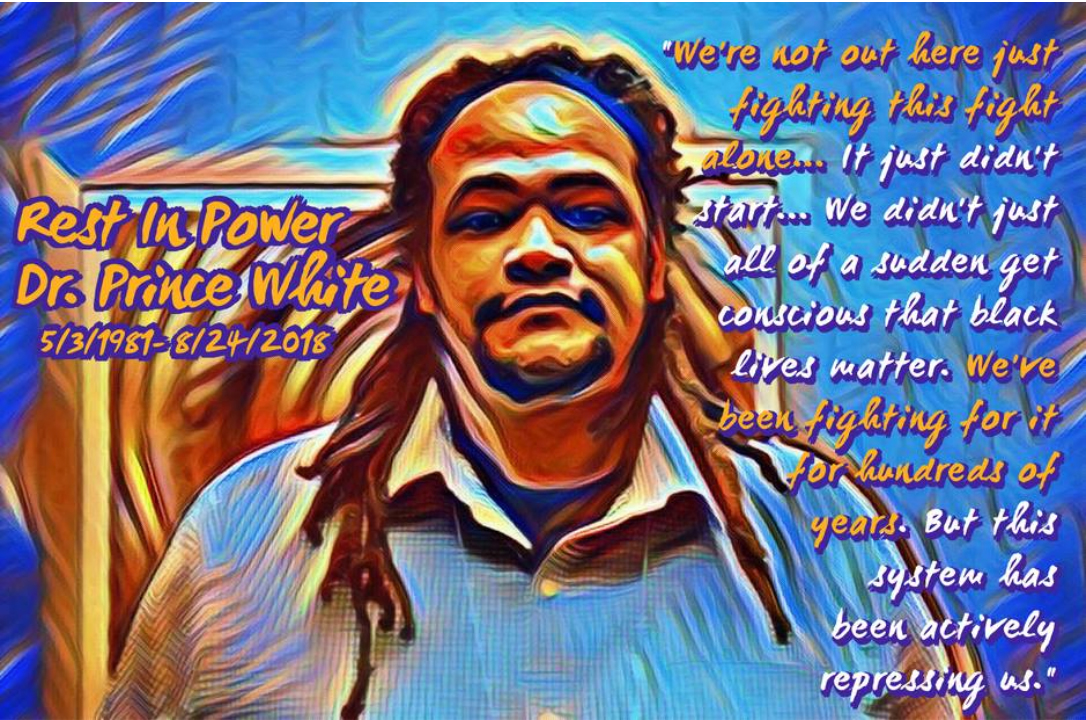 It is with immeasurable sadness that we share the news that UPM’s Deputy Director, Dr. Prince White, passed away in August 2018. Prince was a fierce warrior in the fight for social justice and cared deeply about every youth member that he worked with. He was extremely passionate about tearing down the walls of mass incarceration and he helped lead many campaigns, such as the 1400 Jobs for Freedom Campaign to create a hiring program for formerly incarcerated people within Alameda County, and the Freedom for Dajon Campaign to win the release of a youth who was tried as an adult in Alameda County.

He fought relentlessly for justice for Black people, young people, and communities of color through Urban Peace Movement and the DetermiNation Black Men’s Group, and he deeply impacted everyone he met. He was a devoted loving husband and father of three young boys. He and his wife Claire White, a criminal defense attorney, worked together in support of young men impacted by mass incarceration.

His loving and fierce presence within the movement will be deeply missed. Prince was more than just the Deputy Director of UPM, he was our friend and our brother. We are devastated by his loss. Rest in Power Prince!